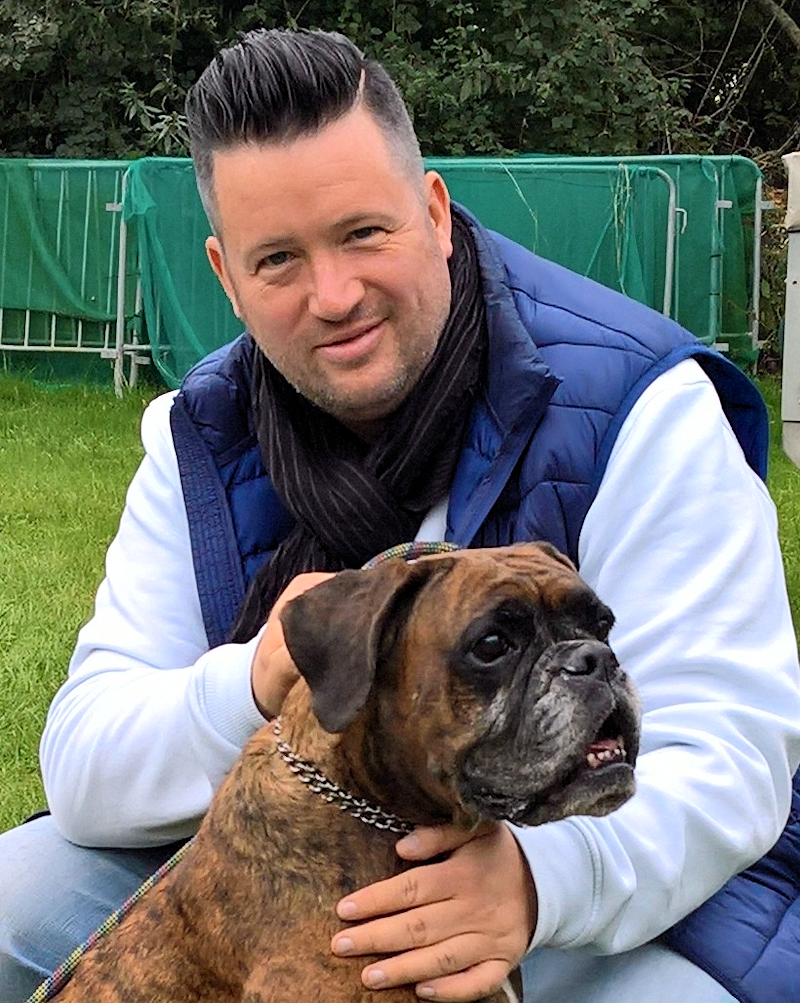 Mathias Wolf first discovered the Boxer at a dog show in Munich in 1995 and after doing some research he knew: The Boxer was the breed for him!
His first Boxer was Barbie von der Bismarcksäule, a daughter of Nando von der Flachswiese. He quickly joined the German Boxer Club and with Barbie he made his first working trial experiences.

In 1998 he started his career as a handler with Zoff vom Hause Rehberg and once in a lifetime story began: Zoff became a very successful show dog and sire of many litters, incl. the foundation litter with Barbie of his Kennel “vom Schwanenschloss”. To date he has bred 22 litters, including several multi champions such as Caos, Choco-Chanel, Godewind, Naomi-Campell and Olivia vom Schwanenschloss.

At the German Boxer Club he has occupied several positions such as Group Chairman and Group Responsible for Dog Training & Education and Breeding activities. As a member of the German Boxer Club AZKW (Commission for Breeding and “Körung”), he is responsible for the “ZTP” and “Körung”. Mathias was licensed as specialist Judge for Boxers in 2012. Since 2015 also for “Körung” and since 2016 certified trainer of Specialist Boxer Judge apprentices.

One of his special personal interest are the Seminars for “the Functionality of Boxer Anatomy” and “The head of the Boxer”. Since 2016 more than 500 participant have joined Mathias’ Seminars.